The art of hope 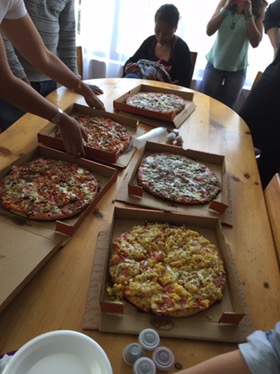 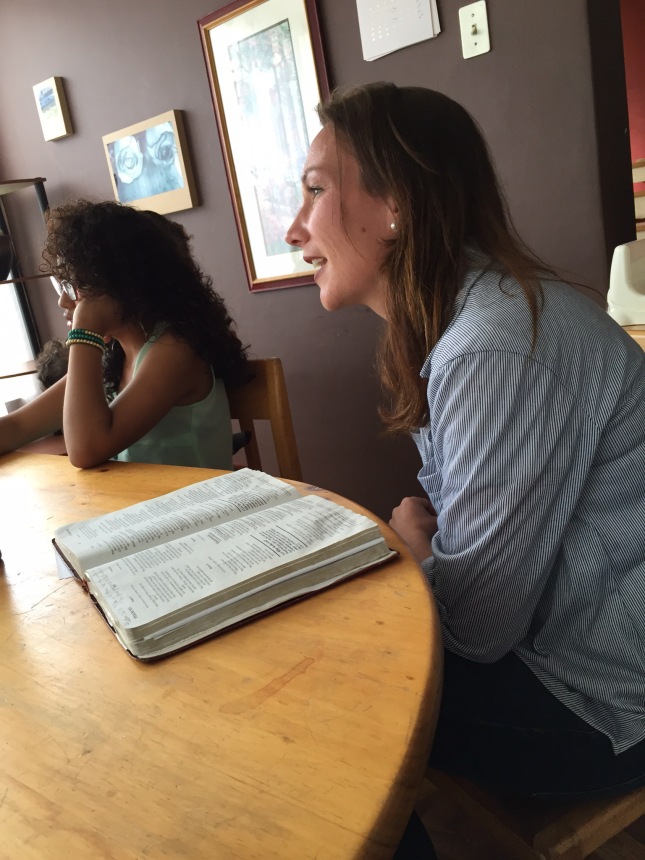 Hope. Esperanzart brings hope. We spent our final day in Ecuador at the Esperanzart workshop. We talked more with the girls, heard plans for developing more shop space (to provide work for more girls), led a Bible Study, held babies, and bought pizza for our new friends.
Sex trafficking is big business around the globe. Ecuador is no different. In a country that has limited economic growth opportunities for poor families, sending children to work (either in the sex trade or forced labor) is common. Prostitution is legal for women over 18, but the ability by law enforcement to regulate ages is sketchy (or corrupt).
The “brothel district” in Quito is well known. It is frequently visited by locals, tourists and factory workers that work nearby. Block after block offers rooms for rent by the hour, large dark buildings with barbed wire fences and a continual bustle of activity. As we drove through in the afternoon, I couldn’t help but think of the girls I had just laughed with over pizza. They had been caught in the world of brothels; being sold by the hour and left without freedom or hope.
Through the work of an amazing couple, Miguel and Desi, these girls were found and offered a chance at freedom. The home, that was started 4 years ago provides safety, security, shelter, food and a hope for the future. Currently there are 5 girls living at the home. As we talked about their current life, their former life was never mentioned. The process of healing from a life of being used and abused will take time.
Esperanzart is located in a small room at the back of the house. As you enter, you hear music playing, babies babbling, beads being strung on new necklaces, girls talking…if “hope” had a sound, that small room would be what it sounds like.
Although the evil these girls have experienced is great, my heart is full of hope for them. The Bible says that we are more than conquerors…the 5 girls that I had the privilege of spending time with showed that we are indeed more than conquerors in Christ. Romans 8:37
As I travel back to the United States, my next efforts will be fundraising for the expansion of the Esperanzart workshop. Through an expansion, the workshop will be able to offer work making jewelry to more girls that have been rescued out of human trafficking.
I am also excited to show off some AWESOME new designs that we have purchased from Esperanzart. While I was there we worked on a few “signature collections” for The Yada Project (watch for a sneak peak!).
The Yada Project looks for ways to join God in His work around the world. We are thankful for the continued partnership with Esperanzart and the work they are doing to bring justice, freedom and hope.